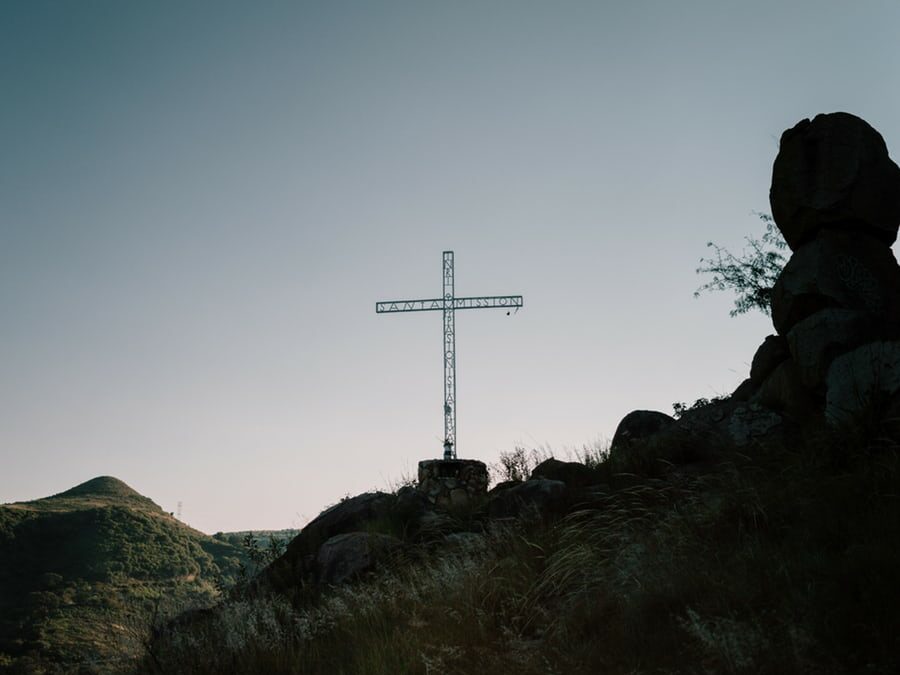 Tim and Amy Jenson both were brought to faith at an early age through baptism. God nurtured their faith over the years. Tim recalls how the pastor who confirmed him told his class, “You can never out give God!”

How true those words turned out to be for them.

They met at Camp Luther in Wisconsin during the summer of 1947. Tim was there to build and Amy was working to earn money for school. Tim became a building contractor with a sizeable crew, building 20+ homes a year. Amy was consecrated a Lutheran Deaconess and worked as a parish deaconess in Milwaukee, WI for 2 years. “We were married in 1951,” Amy said. “God granted us three children and all died. We feel sure if they had lived our lives would have been so very different.”

In 1965 Tim was accepted through the LCMS Board of Missions to be a mission builder in Papua New Guinea. Before they went, friends asked them how they could give everything up and move somewhere where they couldn’t even speak the language. Amy replied saying, “But our Lord Jesus Christ is going with us and He is all that matters.”

While in Papua New Guinea Tim built for the mission and trained locals how to build. Amy created lessons to help the women in their everyday lives. Their monthly income from the mission was less than $250, plus benefits. After 5 ½ years, the Synod’s mission contributions had fallen short so they could not return.

“Our Papua New Guinean friends knew we and other staff were there because people in America loved Jesus and gave money for His Church,” said Amy. “When we said we could not return, they asked, “Don’t Americans love Jesus anymore? Don’t they give money to Him anymore?’”

“Now in hindsight we view our years there as the highlight of our lives,” added Tim.

When Tim and Amy returned to Wisconsin in 1971, they built a home and Tim went back to building, but on a smaller scale. Then they were asked to oversee the building of a church and school in Haiti, so in the winter of 1980-81 they went for 4 ½ months. A man whose company built large cement block buildings in the United States gave $90,000 for the project. “He came for the dedication and was very pleased,” Tim said. “He said if that building would have been built in the U.S., it would have taken over a year to build and cost over a million dollars.”

Tim retired later in 1984. The following year, they learned of Laborers For Christ, the Synod’s new organization where workers go around the country helping congregations build new facilities and are paid minimum wages. “We truly enjoyed the next 15 years working on 26 different projects,” Amy said.

Because most of the Laborers For Christ workers are from different professions and Tim was an experienced builder, he was usually asked to be a building supervisor. “We usually were the first to arrive on site and the last to leave,” he said.

In 2001 Tim was 80 years old, past the cut-off age to work for Laborers For Christ. So they retired again. “Our last project with Laborers For Christ was at Camp Luther helping to build a large conference center which included men’s and women’s dorms,” Tim said.

The dorm he helped build over 50 years prior was razed.

Since then they have been involved in building homes for Habitat for Humanity. At first, Tim helped with the construction job as a whole, later he focused more on making cabinets and trimming out the inside.

Over the years, their net income was never over $20,000 a year. “With God’s blessing we always had money with some to spare,” Amy said. “When we realized how much we were worth, we knew we’d never need that much to live on and we had no heirs.”

They bought a Thrivent life insurance survivors whole policy, which would be worth a little less than double their investment at the time of both their deaths. That money and the balance of their estate will go into their Endowment Fund. It will be invested in Lutheran Church Extension Fund in perpetuity and the interest goes to LCMS missions. “Our gift will help build churches and church related buildings over and over and the interest will help spread the Gospel message around the world,” said Tim. “If God lets the world remain for some years, our gift to missions will be greater than giving the original amount!”

“When we look back on our lives, we realize how God used us to touch many lives in different places and how He gave us joy and contentment in serving Him and His Kingdom,” Amy said. “We always took to heart the fact that all that we are and have are His and we are only stewards of His blessings. In thinking ahead we decided we wanted to make a difference in the future as well as what He allowed us to do in the past. To God be all the glory.”